Why should we be more worried about getting petrol than charging the car?

1st April 2021
Much has been said about how the lack of electric vehicle charge points for recharging Battery Electric Vehicles (BEV) is a barrier to many companies and individuals switching to BEVs today. This perceived shortage in the infrastructure and the ‘range anxiety’ that comes with it is nothing new. We’ve been here before.

On 5th August 1888, Bertha Benz became the first person to drive the newly invented automobile on a long journey. The 194km, round trip was further than the car was capable of and so she needed to stop for fuel which she bought from an apothecary in Wiesloch, Germany. This chemist effectively became the world’s first fuelling station.

Many obstacles could hinder that historic journey but the driver didn’t let the lack of refuelling options stand in the way of progress, which ultimately resulted in the mass production and use of the Internal Combustion Engine that has dominated vehicle manufacturing ever since.

In 2021, getting petrol is harder than it used to be. The UK currently has less than 8,500 petrol stations compared to the 40,000+ we had access to in 1965, and in 1990 we could fill up on nearly 20,000 forecourts. Conversely, the number of cars on the road has steadily increased from around 12million in 1965 to over 32 million in 2020 and yet we have no concerns about the lack of refuelling options when driving any length of journey.

Given that the UK now has significantly more public electric vehicle charge points than petrol stations with over 14,000 locations able to serve nearly 40,000 vehicles, why should we still be worried about running out of power?

Currently, a driver is never more than 25 miles away from a rapid charge point anywhere along England’s motorways and A roads. Of course, we don’t all live or work near an A road or a motorway and so the convenience of being no more than 10-15 minutes away from a conventional petrol station is still a big pull.

But consider this; the ‘convenience’ of driving out of your way to queue for a free pump, get the smell of fuel on your hands, queue to pay an ever increasing amount per litre, pick up some overpriced flowers, and then drive back again must surely be less favourable than the real convenience of being able to charge from the comfort of your home or your workplace.

Imagine plugging your electric vehicle into your own charge point that charges at a time to suit you, both in terms of time and at the best tariff rates available. Chargers can be installed at home and workplaces. That surely is the ultimate anxiety free method of refuelling.

Better flowers can be bought elsewhere.

At EVC we do business that won’t cost the earth. Be part of the future, today. 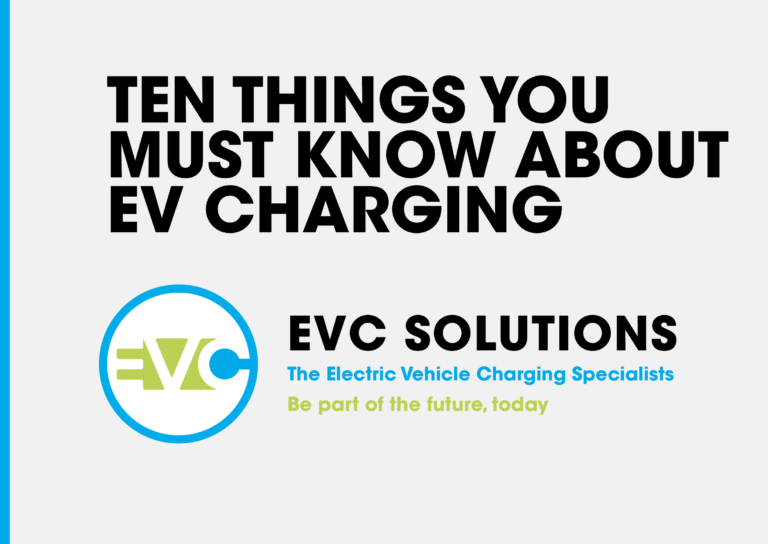 10 Things You Must Know About EV Charging